The massive building located at 100 West Main Street was constructed in the 1840s by local pioneer businessman and builder Sanford Lackey. The structure was nicknamed “Lackey’s Corner”. When originally built, the Lackey family lived in one side of the building and the other half was used for commercial purposes.

Originally constructed in the Federal style, the building underwent massive changes in the 1880s when the new owner decided to modernize the building with bay windows, fish-scale siding, and more. Even the roof was changed from a gable-style roof to a hipped style. 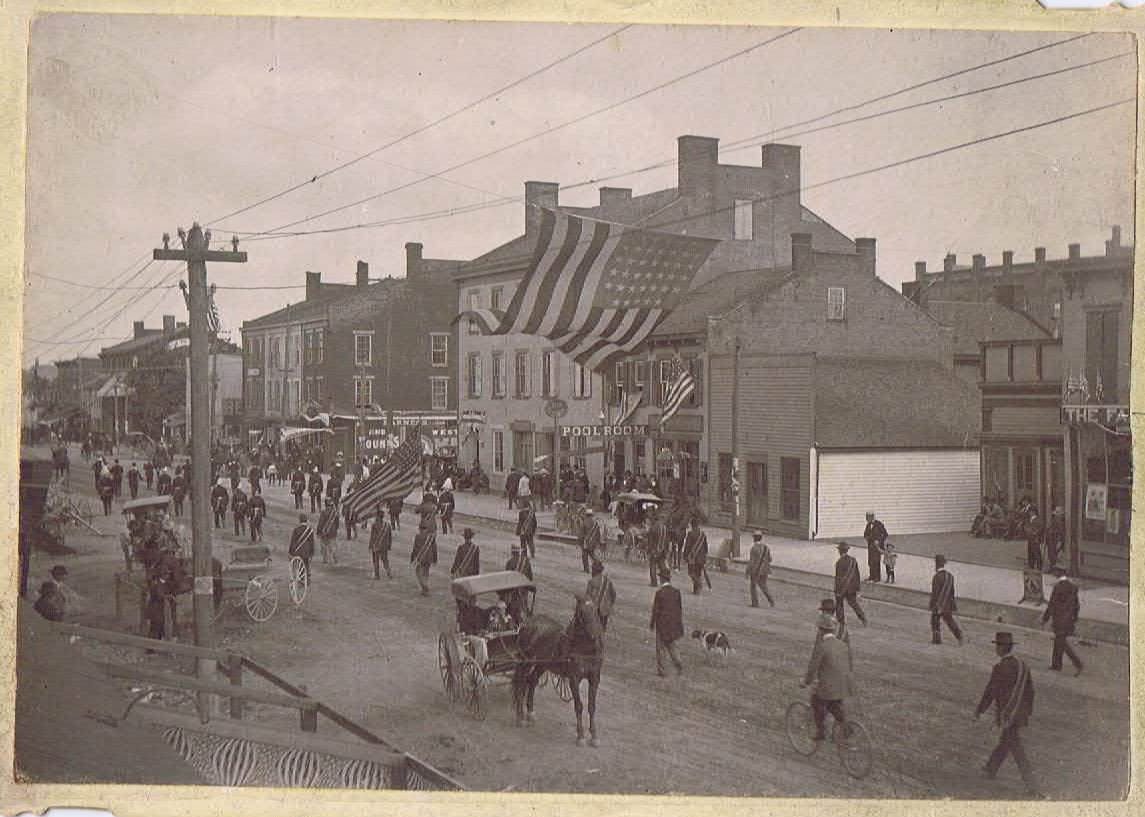