The Opera House was built in 1868 by Joseph Morrey and was originally known as Morrey’s Opera House. It has gone by several names but is generally referred to as Hurst’s Opera House. Originally used as a community hall and for church conventions, the building came into the possession of Omer Hurst in 1908.

At that time Hurst secured the services of an architect to begin remodeling the community hall into an opera house. When finished, the hall was 40 feet wide and 90 feet long and had a ceiling 26 feet above the floor. The stage was 25 feet deep and the walls were beautifully frescoed. The hall seated 600 people on the main floor and even more could view plays when the balcony was completed. Uncle Tom’s Cabin, The Eruption of Mt. Vesuvius and many road shows were performed at the opera house. Two of the notable performances included the Womanless Wedding performed in 1917 and a speech by Susan B. Anthony.

In addition to the hall serving as an entertainment center, it served as a meeting place for various clubs, organizations, and church conventions. Physical evidence of the Opera House is almost non-existent, most of it being destroyed when the Opera House was sold and became a warehouse for a chair factory which tore out the stage and balcony. The windows now are boarded up. Several businesses have used the bottom floor of the Opera House, now Building 125, an antique shop owned by Dr. James and Norma Bertsch. 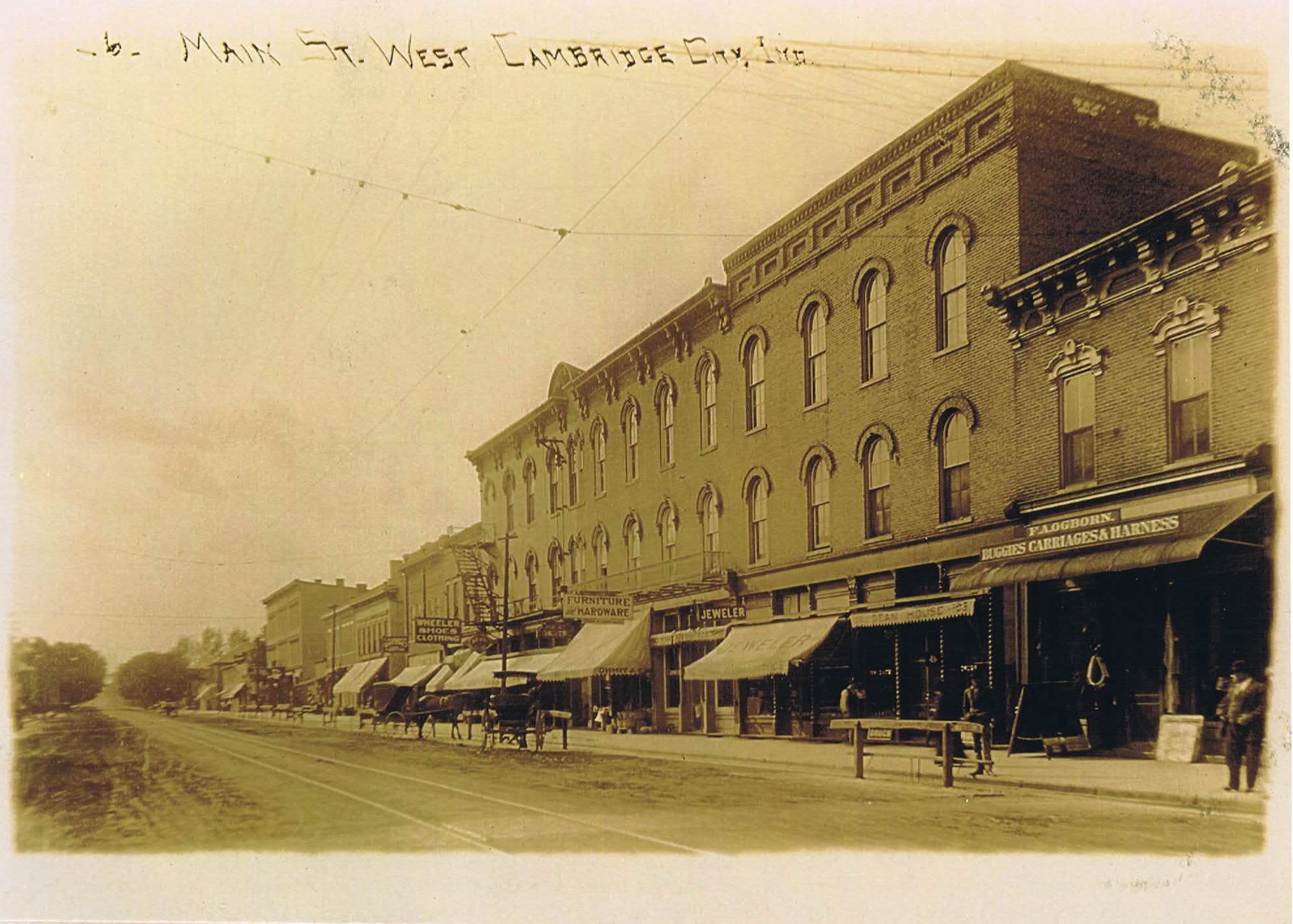 A photograph of the North side of West Main Street in Cambridge City. The Hurst Opera House is visible among the other buildings.