This two story brick building was built in 1899 by Frank T. Frohnapel, whose father, Theodore Frohnapel, bought the grocery business from Simon Clackner in 1871. The previous building was gray brick and was built by Sanford Lackey in 1837 and known as the Pacific House Hotel.

After Theodore Frohnapel’s death, his son Frank took over the business and built the new building. The ground floor of this building was divided into two sections with a door in the middle. On the east side, Mrs. Frohnapel had a china and giftware shop, while her husband occupied the west side as a grocery.

Later the room was converted into one room as a grocery. In 1902 the upstairs was converted to an apartment for Mr. Frohnapel’s family. Several businesses have occupied the building and it is now occupied by Europa Antiques, known for imported fine European antiques dating from 1700’s to mid-century, furniture, home decor. 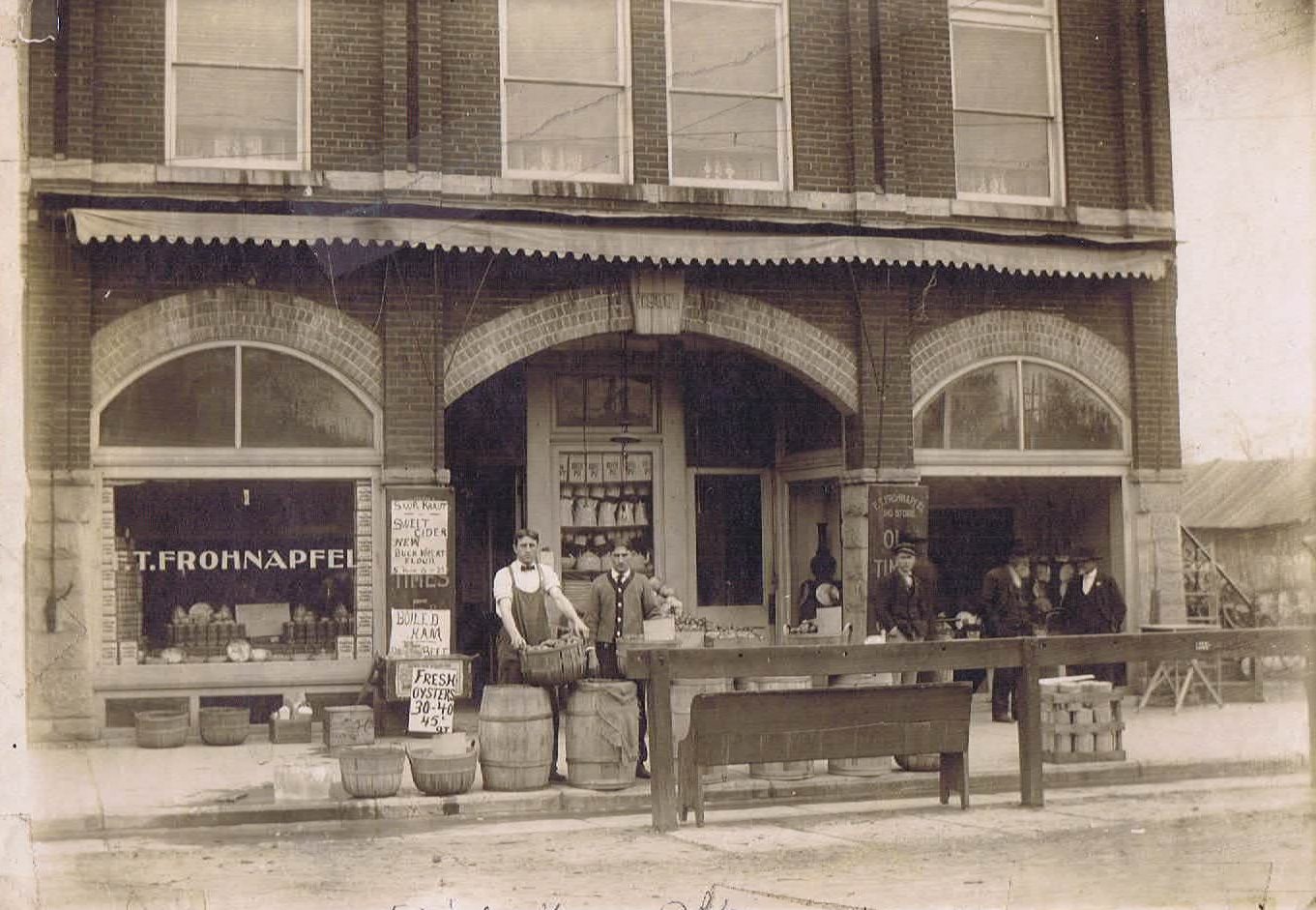