In October of 1848 Aaron Rieser purChased and opened the United States Hotel, the finest tavern building in our city, containing thirty-two well furnished rooms. Mr. Rieser had also erected a splendid stable which would hold a hundred horses and was attended by careful ostlers.

The hotel was a stagecoach stop on the National Road.  Aaron lost his wife and eldest son to death, sent his two young sons to live with their mother’s family in Preble County, Ohio, and headed to California in the Gold Rush. Elbridge Gerry Vinton bought the hotel in 1849, and it was later named The Vinton House.

The opening of the Whitewater Canal from Cincinnati to Cambridge City added interest to affairs at the Vinton House. The canal ended at the back door, hence the angled wall where people could step right into the hotel, and the boats turned in a basin there. Patrons who either stepped off a stagecoach or boat could refresh themselves either at the table or famous old bar at the hotel. There was a ballroom on the second floor.

Early in the 1860’s the old canal was closed because the Indiana Central Railroad had absorbed its business. An old canal boat bell is displayed in the History Room of the Cambridge City Library.

Western Wayne Heritage purchased the hotel in 1996 and continues to maintain it. An antique shop occupies the first and second floors, and a museum of the canal and Western Wayne is on the third floor. 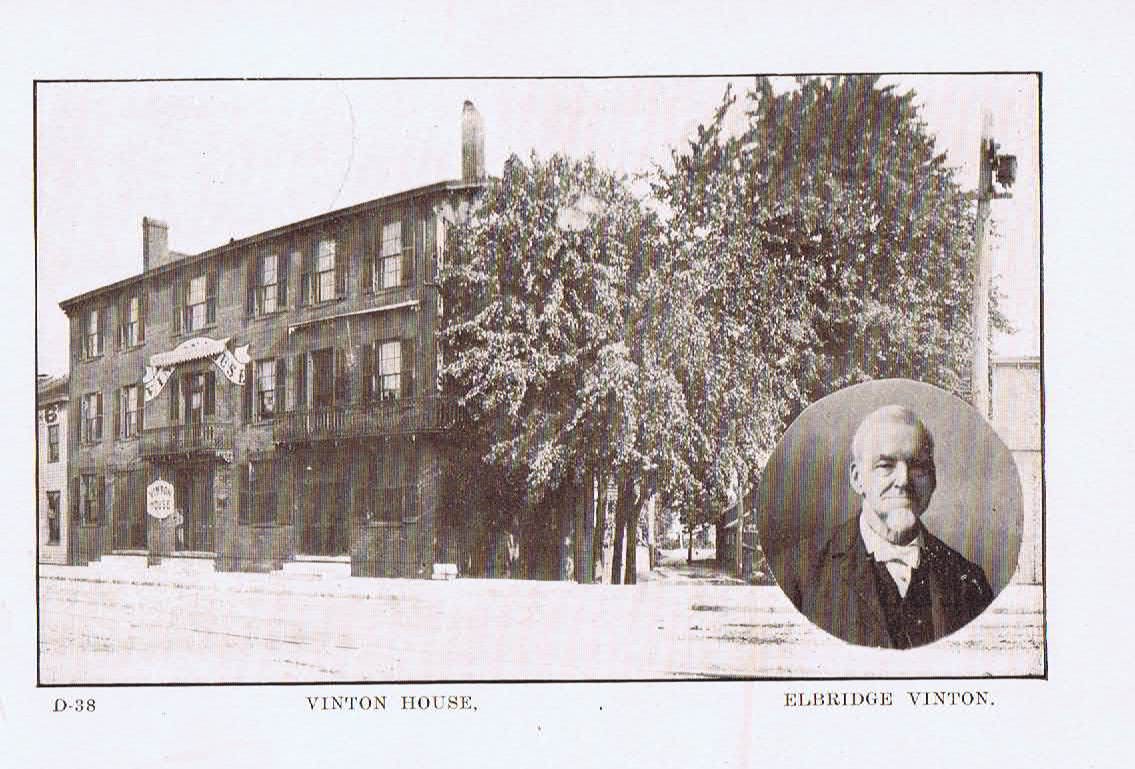 The Vinton House and Elbridge Vinton, for whom the house was named.