The Lodge was built and dedicated June 29, 1899, with a parade and ceremonies. A ball and banquet at the Temple that night was attended by fifty couples and a large audience of spectators. It was indeed the social event of the year, and long remembered as an important event in Cambridge City history.

The Lodge was active for many years. There is a balcony in part of the second floor, and several weddings were held in that room. In the 1930’s-1940’s Dr. Andrew Kniese had a dental office on the second floor in the round, southwest part of the building. In the 1940’s to 1950’s Don Hadley had a studio for tap dance lessons on the second floor. In November, 2012, the #9 Grill was opened by the Fortmans and has welcomed many people from near and far. 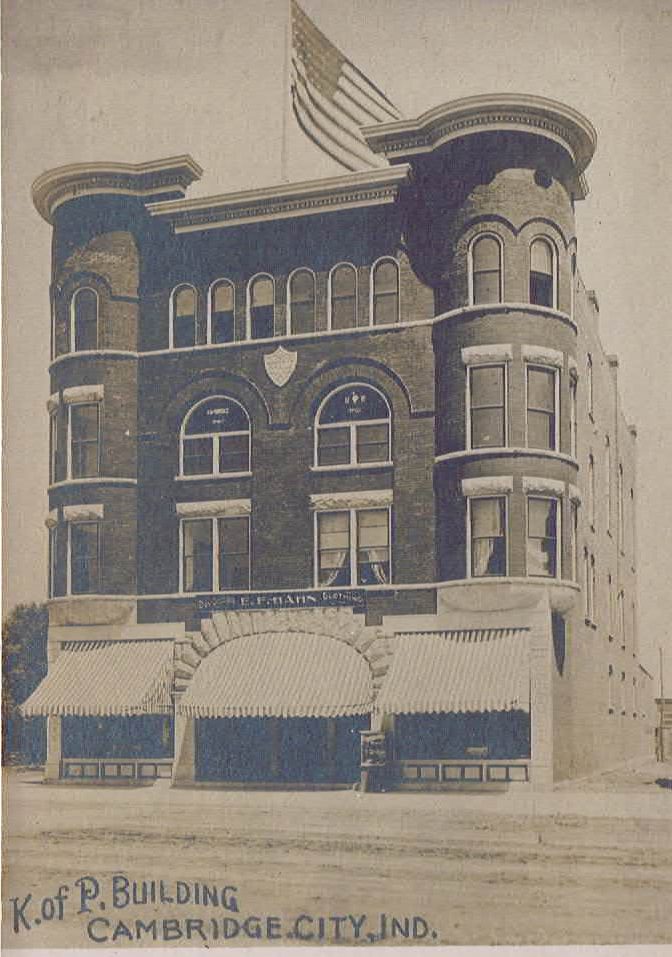