The Vaughan Block was one of John Hasecoster’s early assignments in Richmond and has been home to a huge number and variety of businesses since it was built in 1878.  Like most business blocks of the time, the first floor held retail storefronts, the second floor housed offices, and the third floor was a meeting hall.  Well into the 20th century, the upper floor was known as Vaughan’s Hall and hosted countless dances and other large meetings.  It was home to the Knights of Pythias Lodge, the Eagles Lodge, and for a time in the 1920s it housed the American Legion.  In the 1950s a machine shop occupied the hall, and later the Richmond branch of the Indiana Business College located there.

The second floor was home to insurance agencies, realtors, and financial advisors.  Perhaps its most notable occupant was famed photographer Roy Hirshburg whose studio was above 710 Main St from 1921 until his murder in 1957, which occurred on the sidewalk in front of this building.

The four storefronts (708-714 Main) housed small retailers of all sorts, including shoe stores, clothiers, confectioners, jewelers, drug stores, and a sewing machine shop.  For a short time, 710 was the showroom of the Chase Piano Company, precursor to Starr Piano.  The City Restaurant operated from 714 for many years. 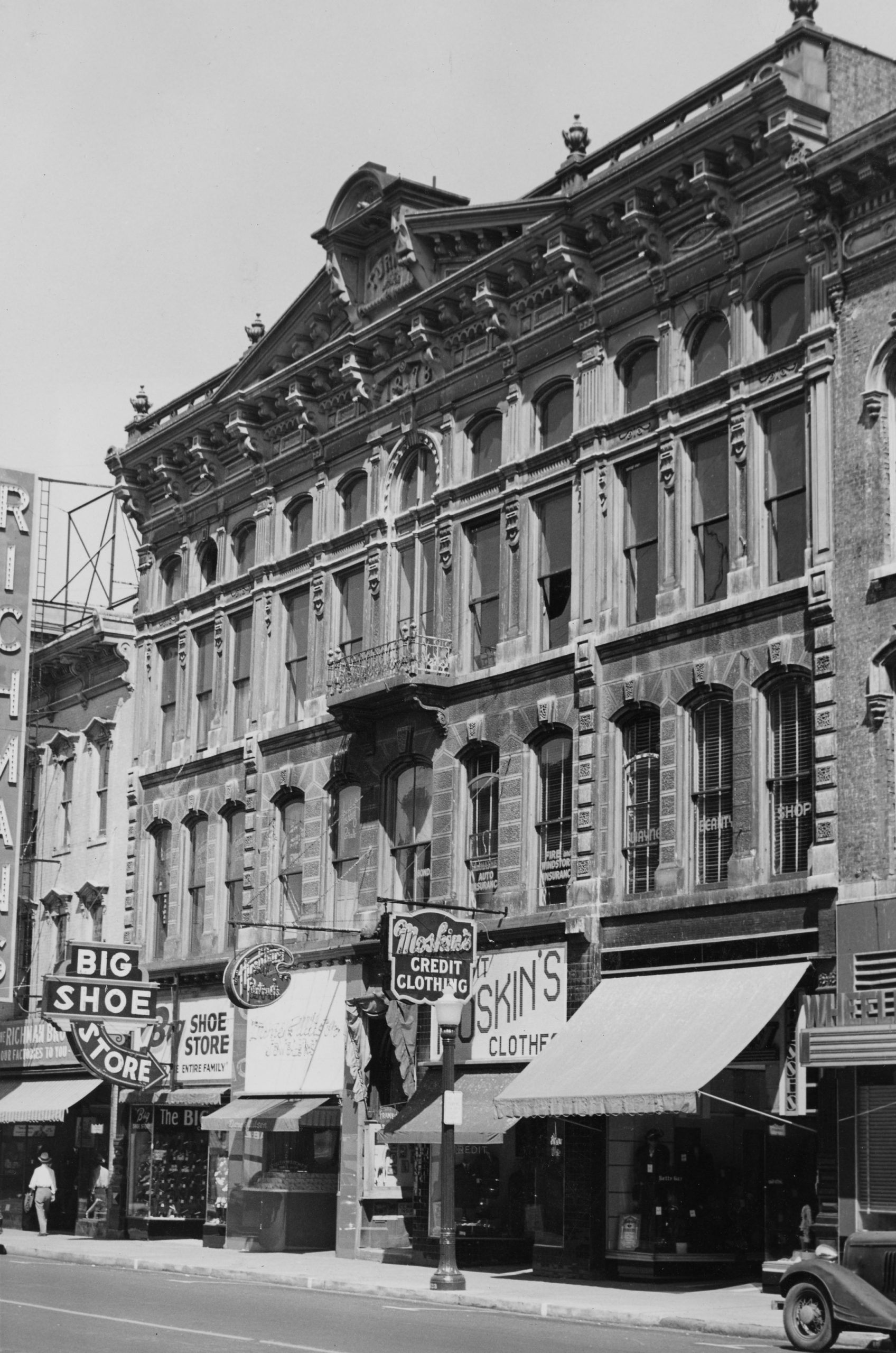