The Second National Bank of Richmond was founded in 1872 and was thriving when in 1910 it built this 4-story building, which faced in limestone in a very classical style.  The Second National stayed here until 1954 when it moved across the street to the east to occupy what had been the Dickinson Trust Building.

Peoples Home and Savings Association next occupied this corner, and it was that company that opted to “streamline” the exterior and bring it “up-to-date.”  In 1964, in the entire structure was covered with this aluminum curtain wall. 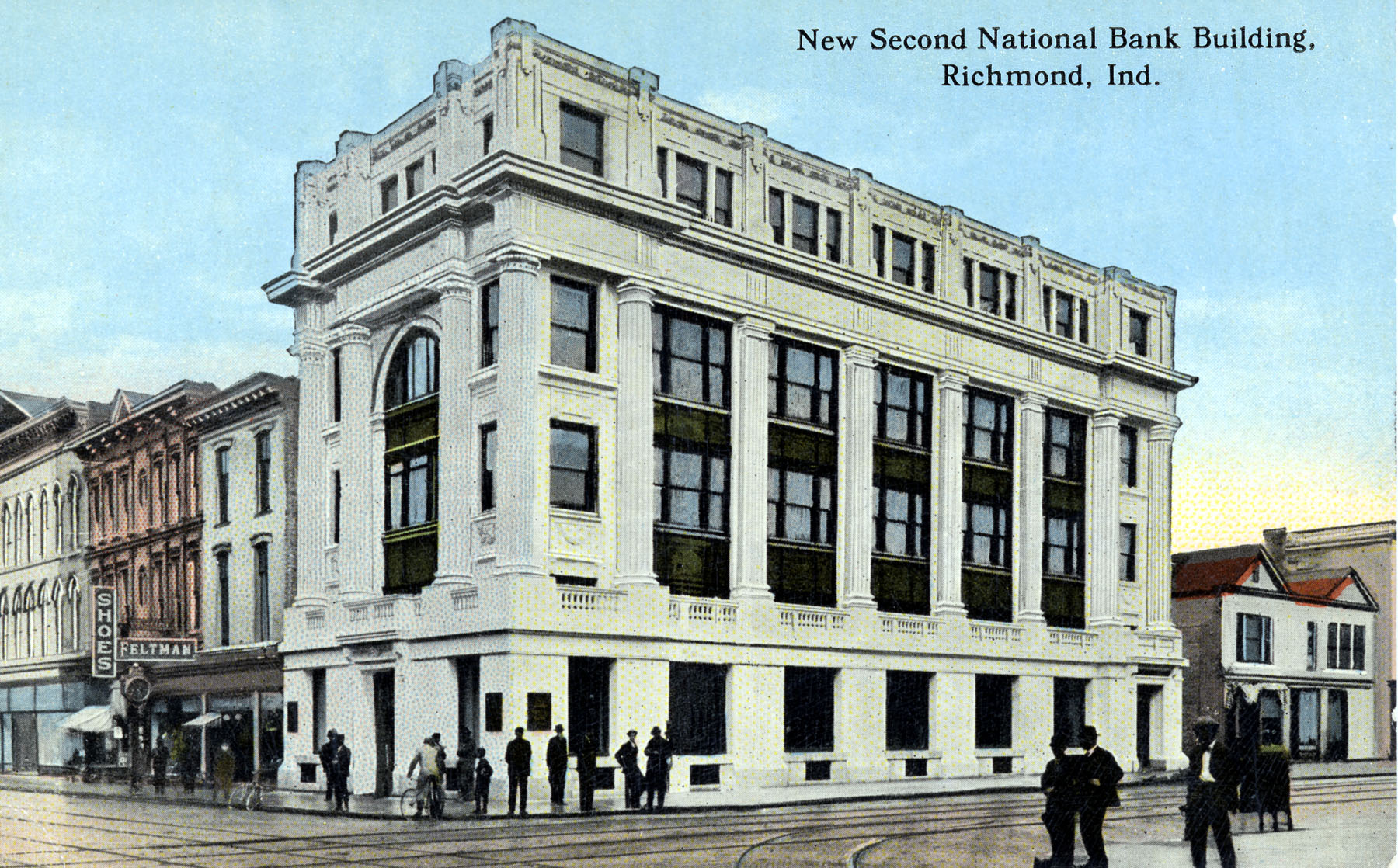 A backbone organization created to foster a vibrant economy and promote prosperity.​