In 1866, George Knollenberg, at the age of 19, opened a small dry goods store just east of the corner of 8th and Main Streets.  He was quite successful, enough so that by 1877, he could build a three-story business block on that site.  That building has “1877” cast in the metal of a porch on the third floor.

His business continued to grow, and he expanded to the east in 1888, building the Queen Anne style block with its distinctive tower on the alley.  In 1896, he expanded once more to build the Annex, which connected to the rear of these buildings, but faced South Eighth Street.

Knollenberg’s was a Richmond institution for well more than a century, but it finally succumbed to the large chains, closing in 1995. 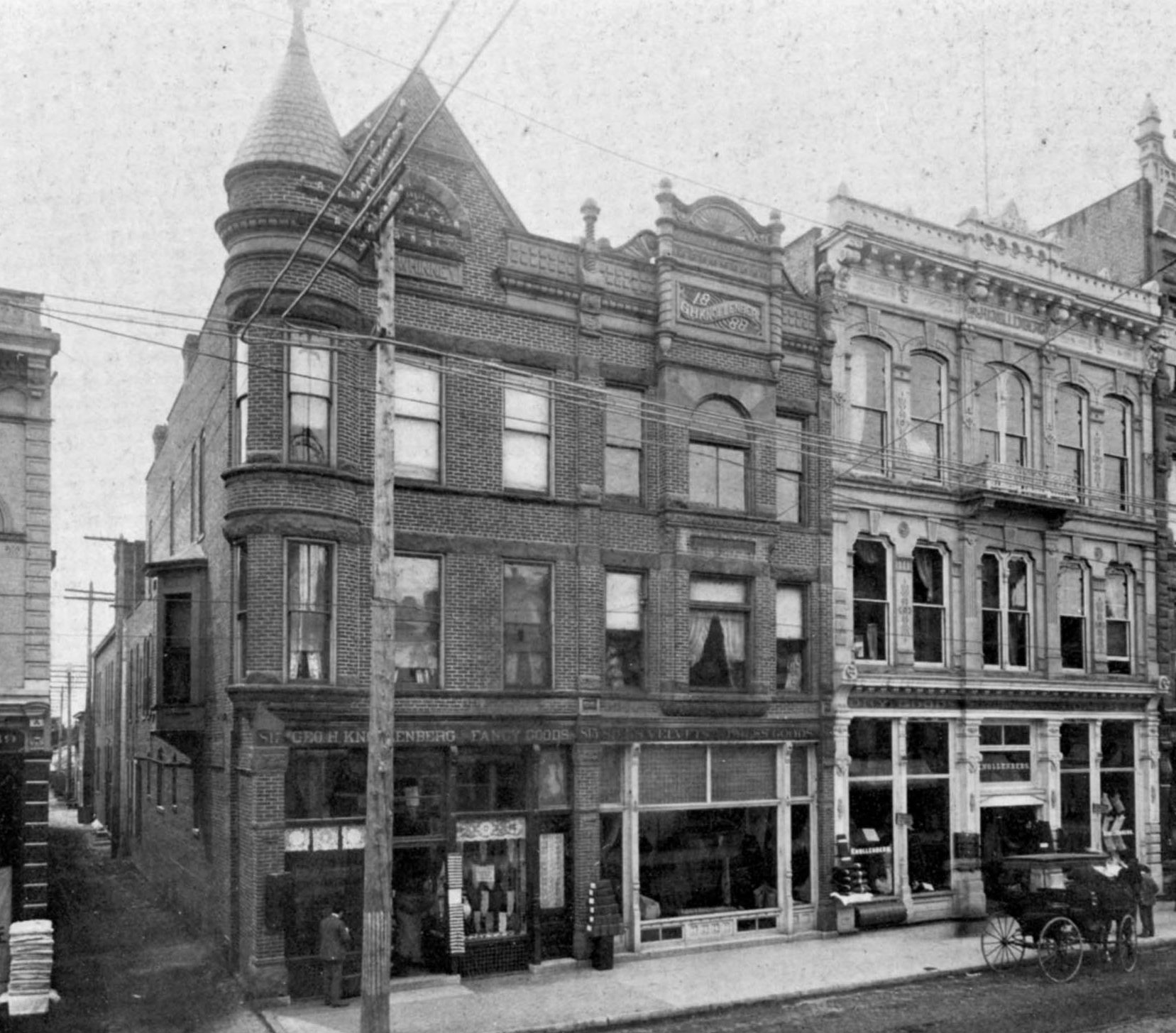