Joseph Dickinson built his three-story business block in 1880.  As was often the case, the first floor housed retail, the second floor had offices, and the third floor was generally a meeting hall.  For a time an early version of Richmond’s YMCA met in this hall.  The First English Lutheran Church, which was founded in 1884, met in this hall for its first two years.

The retail space was most often occupied by drug store, the last being Hook’s Drugs which closed in 1961.  In 1963, Harry Voyles, Jr. who operated Readmore, Inc., which had been located at 929 Main since 1959, purchased the Dickinson Building.  Voyles and is father, Harry Sr., had operated a newspaper and magazine agency since the 1920s in Richmond, so the Dickinson Building became a place to purchase reading material.  It closed in 2001, and has been largely vacant, but the city hopes to renovate it. 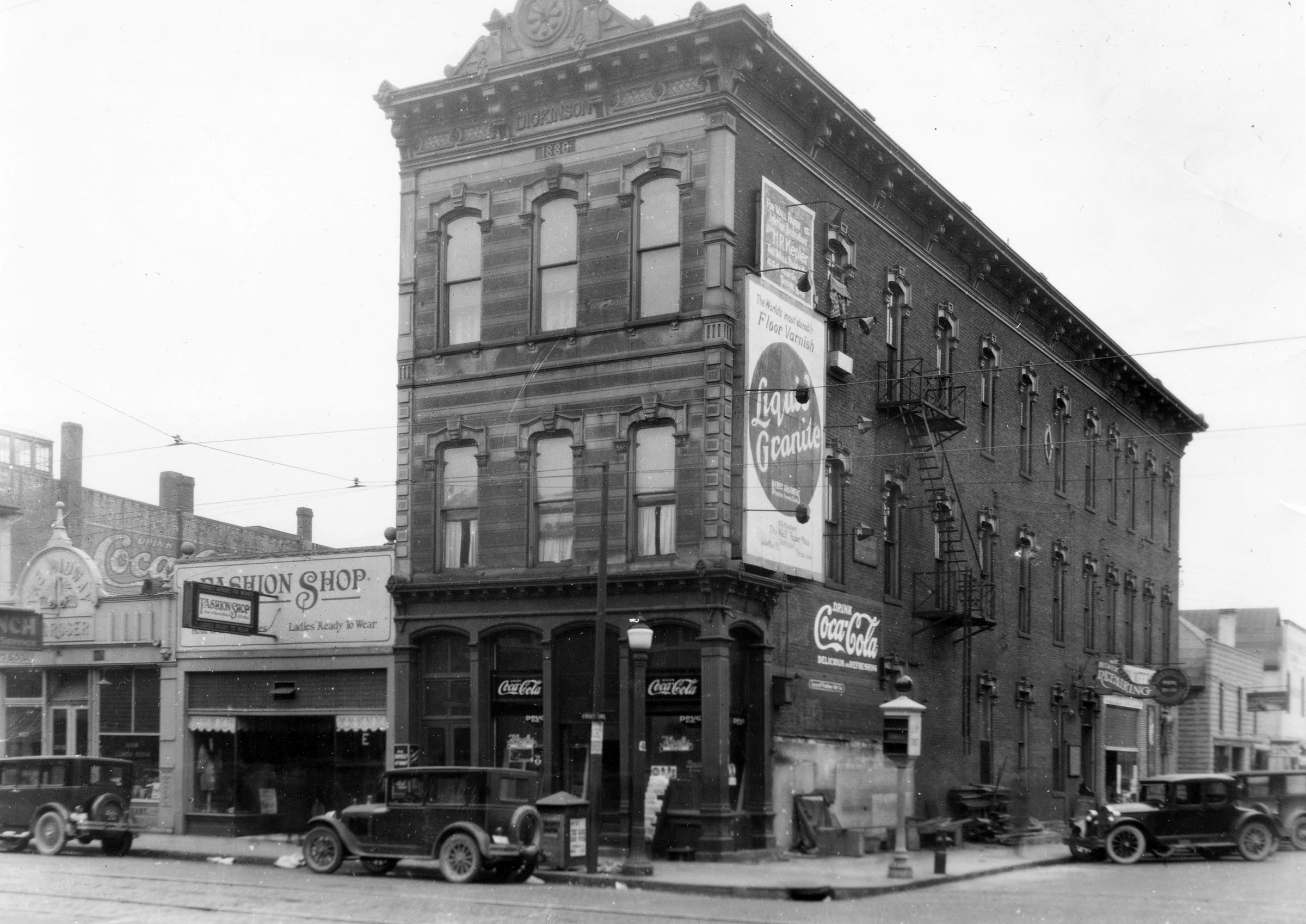